Professor Pierre Foucher has been awarded the prestigious Ordre de la Pléiade by the Ontario branch of the Assemblée parlementaire de la Francophonie (APF) for his contributions to the development of the French Language in Ontario.  The investiture ceremony will be held this spring at the Legislative Assembly of Ontario in Toronto.

Few individuals have contributed as much to the advancement of language rights for Francophones living in minority communities in Ontario, and Canada, as Prof. Foucher.  His research portfolio is diverse and characterized by innovation.  He has authored more than fifty articles and book chapters, and has authored, co-authored or edited nine books on language rights.  He was the first researcher to study the scope and application of section 23 of the Canadian Charter of Rights and Freedoms, which guarantees Francophone minority communities the right to education in their language; and he wrote the first major text on Article 20 of the Charter, exploring the right to receive government services in French or in English in Canada.  His works are routinely cited by trial courts, and even served as inspiration to the framers of the Official Languages ​​Act of Canada.

Most recently, Prof. Foucher explored the Royal Proclamation of 1869 concerning the protection of the rights of Francophone Métis in Western Canada.  This led to his involvement in the landmark language rights case, R v. Caron, where he argued before the Supreme Court of Canada in February 2015.  There is little doubt that Prof. Foucher’s research and public interventions will continue to have an impact on our developing understanding of language rights, their inclusion in our constitutional dynamics and their relationship to culture.

Established in Luxembourg in 1967, the APF is an association of 81 parliaments and interparliamentary organizations in Francophone countries across five continents.  The organization seeks to represent Francophone interests, ensuring that they are effectively communicated to the leaders of nations with Francophone citizens.  The APF aims to foster cooperation and strengthen solidarity within the Francophone community, while promoting democracy, the rule of law and human rights.  The Ordre de la Pléiade, which was created in 1976, honours individuals who have distinguished themselves in service to these ideals.

Click here to view the press release from the Assemblée parlementaire de la Francophonie (in French). 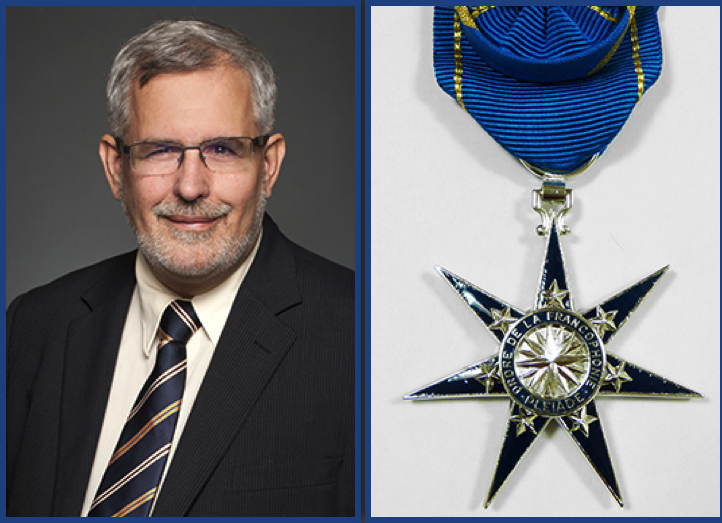